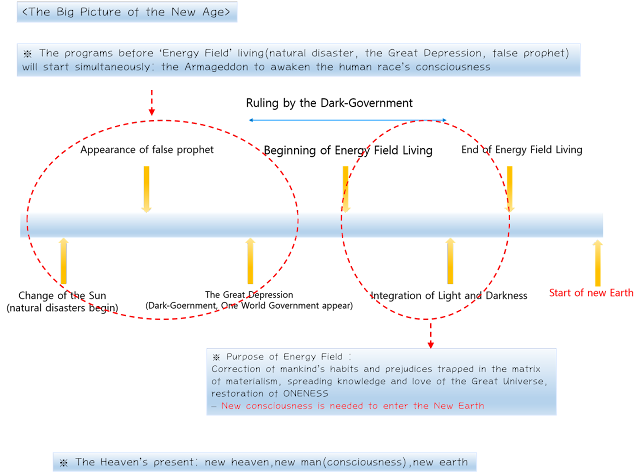 Armageddon will be regularized along with the natural disasters. In order to elevate the consciousness of mankind, to correct the contaminated knowledges, to implement Heaven’s truth on earth, and to correct the religion matrix which had been locked in the material matrix, the Creator (in 18th level of 18th dimension) – who is the supreme supervisor of this Earth’s ascension project – has prepared an armful of gifts.

Heaven will provide many false prophets to the persons who fall in fears and frights, loneliness and frustration. For persons who have lots of rages and angers, Heaven will prepare false Creator, fake Messiah, false Maitreya or false Jade Emperor. The black magic of glitzy glamour will be granted to these fakes and the Brothers in Darkness. Thus they will test the essence of mankind’s belief.

People will lose their jobs and their all fortunes in the great depression and fall into deep despairs. Against them, the Shadow Government or One World Order will squeeze the last drop of their bloods. The scenarios and plans in which humans exploit and dominate other humans are prepared and will be conducted by the workers in Darkness, which are controlled and directed by Heaven.

Before mankind who knows just what they see is all with knowing nothing and believes the main news in TV as the truth of world, the shadow government will show up finally. The workers in Darkness have played real evil roles, have ruled and controlled mankind in behind stages. Their ruling will be continued until mankind notices that the Shadow Government is also directed by Heaven.

Mankind should experience the essence of Darkness in order to open the whole world of Light. Mankind will have to undergo the hard and rough Darkness until they realize the vanity of obsession to wealth, the emptiness of power and desire in absence of love. The workers in Darkness will perform their roles until they are aware of the value of light. Heaven will not stop its plan to awaken mankind’s consciousness.

Heaven’s presents to awaken mankind’s consciousness are so miserable and horrible for the people who are not yet awakened in consciousness. Their sufferings and pains will be unimaginable. Heaven’s presents will let mankind to experience Heaven’s cool-headedness and cold-heartedness, the truth and love of great universe.

Heaven’s presents are prepared only to awaken mankind’s consciousness, to close down the material civilization of Earth, and to open new Heaven, new Earth and new Universe on this Earth. Whether Heaven’s gifts are ‘pains and screams’ or ‘blessings, love and gratitude’, will be determined by the period and time when mankind’s consciousness is awakened.

Good luck to all of you.

*Translated by Yeoyeo. Edited by Metrica

Symptoms and signs indicating that your consciousness is being awakened 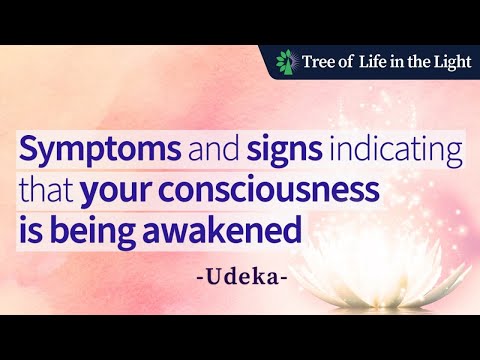