The Meaning of Karmic Energy-Field Dissolution

The karma is like a program in your life, which starts to spread out irrespective of your free-will.

You are in the system of transmigration of the universe. Now you are living here with a human body, enjoying the free-will granted to this life-form.

Every spirit-soul is in the course of material experiences through re-incarnation program with karmic energy-field built in one’s body.

Life is a flower blooming in the contradictory life.

Life is the world which is created from inequality.

Life is the journey for seeking light in the structure of injustice and unsoundness.

The consciousness level of mankind is not so high as you may expect. Mankind has gone too far away from the truth of the grand universe.

The cosmic truth about karmic energy-field is now being revealed through communicating with the Heaven by “the Tree of Life in the Light”.

Demolishing the karmic energy-fields together with the celestial beings in the Heaven, fundamental change of consciousness toward human diseases has occurred.

Why do you think this type of events are happening in “the Tree of Life in the Light”?

The Tree of Life in the Light exists as the route of light for the Heaven.

The Heaven shall leave the following five signs for the spirit-souls who had been promised to live under the New Heaven and Ground 2.5 million years ago.

n  The Heaven will elevate the vibrational frequency in your body.

n  The Heaven will make you achieve “BEING ONENESS WITH YOUR HIGHER-SELF” to awaken your consciousness.

n  The Heaven will enlighten your 12 chakra system.

n  Adjusting to your time-line of consciousness being awakened, the Heaven will dissolve your karmas in partial.

n  The Heaven will enlighten the seed of truths in your heart to make you resonate the truth when you come to see, hear, and face the truth.

That is the evidence that the Day has begun. That is because the Last Day is coming.

The Heaven has come down to the ground to terminate the material civilizations.

The Heaven is spreading out the seeds of truth to awaken the ones who could see and hear the voice of the Heaven.

The Heaven shall do its business by its own way which the Heaven has determined by itself.

The Features of Karmic Energy-Field

Karma is left from overusing one’s free-will in the course of spirit-soul’s journey to the material world.

The Features of Karmic Energy-Field built in the internal organs

The Features of Karmic Energy-Field built in multiple organs

l  In the Heaven, there are separate specialized teams for inventing, building and demolishing karmic energy-fields respectively.

n  The karmic energy-field which is constructed across whole body is the most severe one. In this case, lethargy is caused and thus physical labor is nearly impossible.

The followings are some typical examples and their symptoms of karmic energy-fields built across multiple organs simultaneously.

In other words, the karmic energy-field means: The “You” in the past still affect your emotions and consciousness through energies.

Through the karmic energy-field, you participate in the wheels of the grand universe, transcending the time and space.

The Law of Free-Will and the Law of Karmas are the pivotal axis for the spirit-soul’s journey into the material world.

Everything is the outcome of energy interactions.

Human body is pre-conditioned by the Heaven.

This is our destiny. This is the fate for all the spirit-souls who are in the journey to the material world.

I leave this message to summarize various energy-sealings installed in human body.

n  The function of internal organs linked with the meridian routes, where energy-flows are blocked, deteriorates.

The following symptoms may be caused when the karmic energy-field is built in the internal organs.

The following symptoms may be caused when a special energy-field is built in human body by the celestial beings in the Heaven for the purpose of dissolving karma.

The followings are the examples of these special energy-fields.

Through energy-sealings and energy-fields built in human body, the Heaven controls every human. This is the meaning of the Complete Control by the Heaven.

This is the inconvenient truth of energy-sealing.

I leave this message for the ones who are to be enlightened and for the Light-Workers through communicating with the Heaven. 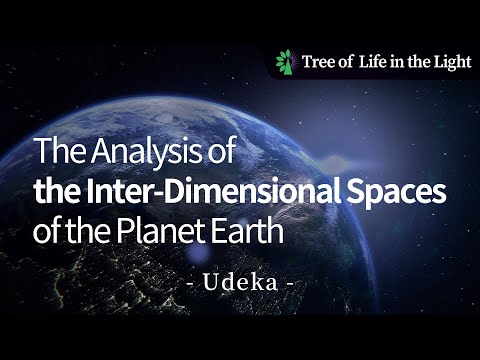